As the first church organized and built in Lynn Haven, the Lynn Haven United Methodist Church owes its origin to a church service held on April 30, 1911 by Reverend R. W. Burdeshaw, pastor of St. Andrews Methodist Episcopal Church.  The service was held in the Tribune Building on the corner of 8th Street and Ohio Avenue in the quickly developing town of Lynn Haven.  Plans were then made to hold regular services beneath the oaks at Temple Grove, a beautiful area on North Bay between Florida and New York Avenues.  On June 11, 1911, the Lynn Haven Methodist Episcopal Church was organized, and a Board of Trustees, stewards and a choir director were elected.  The place of meeting was changed to the second floor of the newly completed Bank Building in late December 1911.

In November of 1911, the Alabama Methodist conference appointed Rev. Burdeshaw as pastor to both the St. Andrews and Lynn Haven churches.  Upon returning from conference, Reverend Burdeshaw began organizing a woman’s group within the church.  On December 9, 1911, the Ladies Aid Society of the Lynn Haven Methodist Episcopal church was formed.  According to one report, there were 57 members in this group which included many different denominations. A painting of the first campus of what would later become Lynn Haven UMC. This building was built in 1912 at the corner of Pennsylvania Avenue and Ninth Street in Lynn Haven. The Lynn Haven UMC's second church building was constructed in 1973 across the street from the original location.

The St. Andrew Bay Development Company offered two lots to any religious group that would build a house of worship.  The Methodists were the first to take them up on the offer, so on November 23, 1911, they received two lots located at the southeast corner of Pennsylvania Avenue and Ninth Street.  Construction of the building was begun in early 1912, and the formal opening of the church and laying of the cornerstone was on November 24, 1912. The cost of the building was $4, 288.09 and a Dedication Service was held on March 24, 1917 when the construction note on the building had been paid in full.

In 1918, the painting of The Ascension was presented to the church by the artist, William S. Rose.  It was painted from the original by German artist, Gottlieb Peter Biermann.  This painting hung behind the pulpit in the original church and in the fountain lobby at a future campus. This picture was also the inspiration for the stained glass window which was in our previous sanctuary.

One of the most striking features of the original church was the bell tower, with a beautiful No. 40 bell that was rung on holidays and to announce a birth or wedding.  It was also rung to mark a death, ringing out the number of years that the dead person had lived.  With so many older veterans passing away, many old-timers told of the bell sometimes tolling for more than an hour to mark a passing.  The bell is now used by the Warriors Watch Riders at veteran’s funerals to mark their passing as well.

Plans were drawn in 1973 for a new church building. This church building was built across the street from the original church and the first service was held on Easter 1974.

In 1999, the congregation voted to relocate to an area that would accommodate the need for continued expansion.  After much prayer and planning, the vision became a reality on June 20, 2004 and the congregation moved to an expansive facility at 4501 Transmitter Road, Panama City.

In 2012 the congregation purchased a property that later became known as the Fusion campus, located at 3203 Minnesota Avenue. The building served as a second campus for the growing Lynn Haven UMC family. It housed a community fitness center and was the home of Lynn Haven UMC’s youth ministry programs.

On October 10, 2018 Hurricane Michael destroyed the Transmitter Road main campus and badly damaged the Minnesota Avenue Fusion campus. The church sought the help of architect Daniel Cook to re-imagine and rebuild the Fusion campus so that it could serve as the main campus. Repairs were completed in early 2020 but the opening of the building was delayed by the coronavirus pandemic. The first post-construction Sunday worship service was held on June 21, 2020.

More important than the buildings that our congregation has worshiped in are the people from all the generations who have made up the family of Lynn Haven UMC.  We are a growing congregation with a vision to impact Bay County with the good news of Jesus Christ. After nearly a century of growth, the congregation needed to expand again. The third campus was located on Transmitter Road in Panama City. 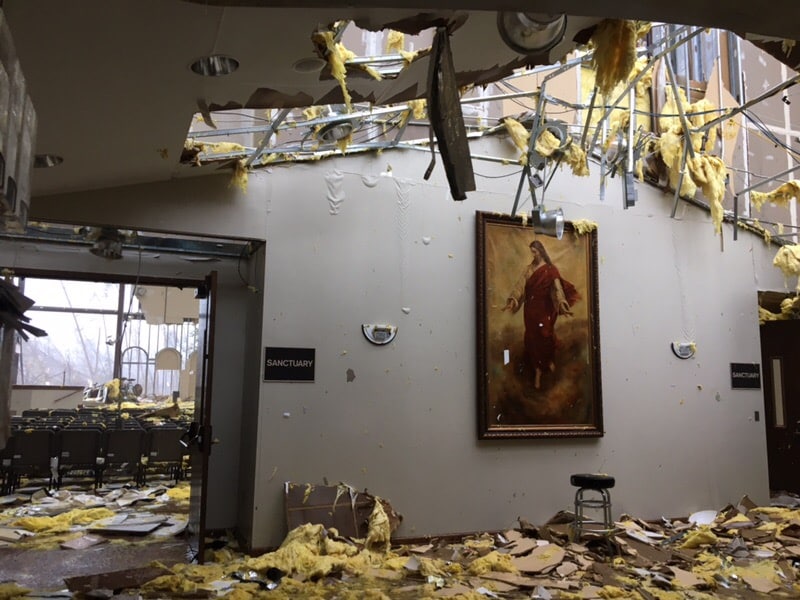 In 1918, this painting of “The Ascension” was presented to Lynn Haven United Methodist Church by artist William S. Rose. On October 10, 2018, Hurricane Michael destroyed the main church campus on Transmitter Road, however the wall on which this painting hung was virtually untouched. The painting became a symbol of God’s presence with us during life’s storms. 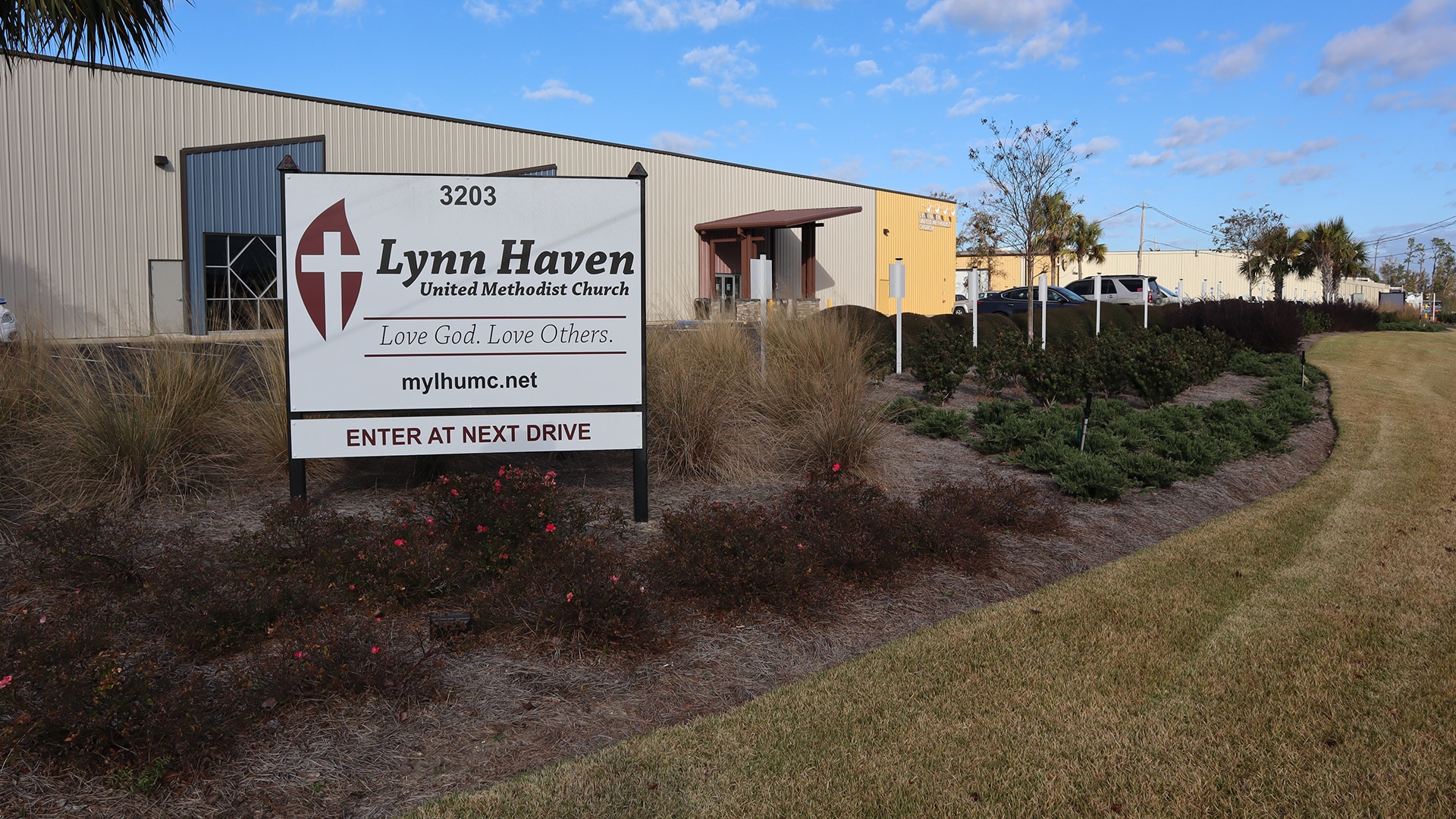 The main campus of Lynn Haven UMC is now at 3203 Minnesota Avenue, near Mosley High School and Haney Technical Center.

Now to him who is able to do immeasurably more than all we ask or imagine, according to his power that is at work within us, to him be glory in the [Lynn Haven United Methodist] church and in Christ Jesus throughout all generations, for ever and ever! Amen.